Online Auctions have become the Plan A for event fundraising since March. Going to an online fundraiser offers several benefits over an in-person event that takes the form of a party or gala. The doors are now wide open to a much larger audience with little to no barrier to entry. Does this really result in higher activity and income? The answer is YES!
With savvy marketing virtual events expands the visibility of the cause bringing greater awareness. Photos and videos during the event fundraiser help viewers make an emotional connection to the cause. It is that initial pledge, bid, or donation that now connects the donor to the charity. In business terms, you may hear the term ‘customer acquisition’, in this scenario virtual events expand the ‘benefactor acquisition’.
Professional auctioneer Patrick Siver, BAS has seen increased participation and even more importantly increased incomes with online auction fundraisers since March. Here he shares his observations from the virtual fundraising event journey.

I was involved in my first virtual fundraising event on March 11, 2020…two days prior to our Governor locking down our state of Oregon. I was told by the client we were making the move from a paddle raising breakfast event to livestreaming on YouTube live on March 9…literally less than 48 hours in advance of their primary source of funds to operate their non-profit. By 8:30 am on the 11th we had successfully raised $92,000 of the $97,000 we had raised the previous year. Seven days later we had surpassed the previous year total.

Since we ripped the band aid off our traditional gathering format back in March, I have been impressed with how the community of professional benefit auctioneers has joined forces with benefit auction software and audio visual companies to help our non-profit clients navigate this new environment. At times it has felt like we are attaching the wings to the plane at 30,000 feet. However, the overwhelming positive results for our clients has been very rewarding. These dollars allow our clients to continue positively impacting the communities where we live and work.

In October we executed a new virtual event to replace a gathering event for a longtime client. The client is a small organization providing health, nutrition, and education services to over 500 children in Makindu, Kenya. In the past, the gathering event was relatively small with roughly 80 attendees in their hometown of Eugene, Oregon.

After experiencing several virtual events in the spring, I reached out to the Executive Director to discuss her Fall event. She expressed concern over not having the resources to produce the traditional event based on the impact of the pandemic not only here in the U.S. but also in Makindu. I shared with her the success we had been having with virtual events and she trusted me to move forward. We immediately gathered our team including The AV Department and Auctria.

We had an extremely successful event generating over 28% more in net proceeds…and the number continues to grow daily as folks continue to give through the Auctria site with the livestream replaying on the landing page.

Audience demographics from last year were remarkable. We normally suggest the potential for audience growth is exponential with a virtual event and the actual results are determined by the non-profit’s effort in this area. Well, this organization saw the power firsthand!
In 2019, we had 70 registered bidders attend the event in-person. Each of these bidders resided in the state of Oregon. Last week we had 130 registered bidders. This is a nice 86% increase in participants. 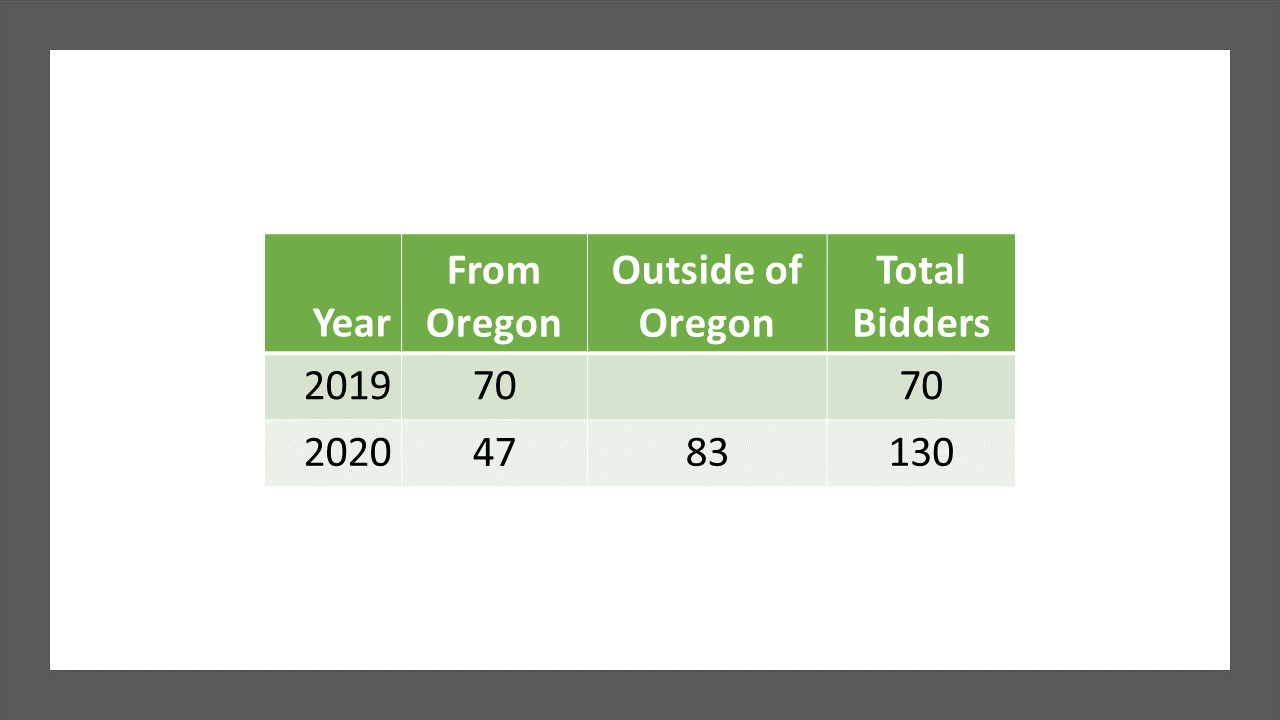 Interestingly only 47 of these bidders were from Oregon. The balance of 83 bidders hailed from 25 different states! This is terrific news for this organization as they look to grow their donor base. Almost doubled the bidding audience by going forward with a virtual event. 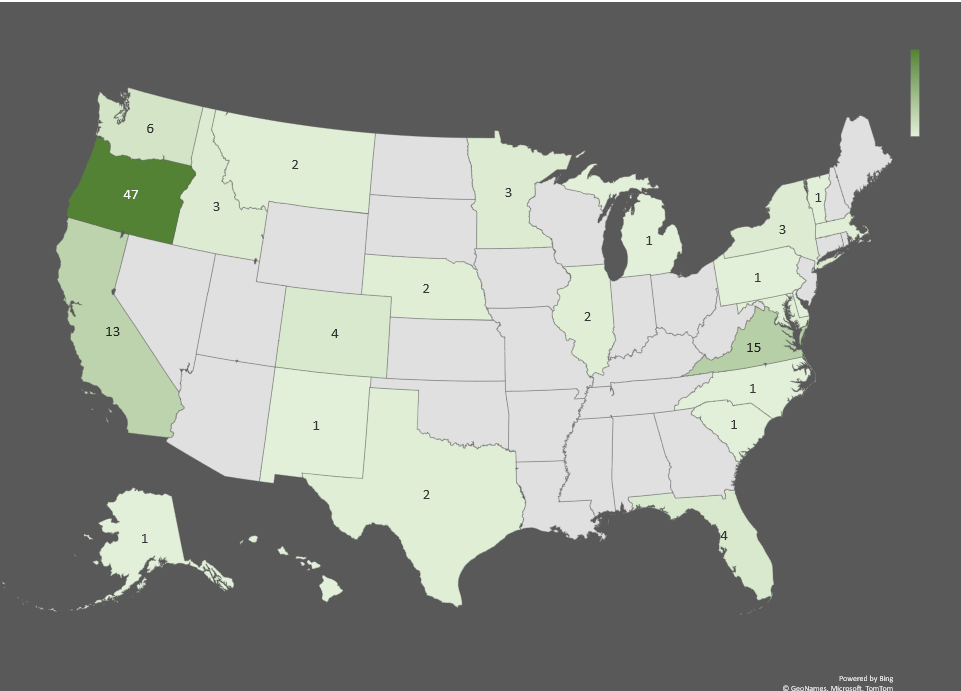 For a full breakdown here is Patrick sharing the story.

The Video
Camp Lutherwood is a prime example of what happens with a virtual event has an even wider audience. They were unsure how the bidding would proceed regarding their top-tier item, a Private Winemakers Dinner. The item sold for a final bid of $17k and when they offered a second dinner it again sold for the same amount! Click here to see the exciting bidding. 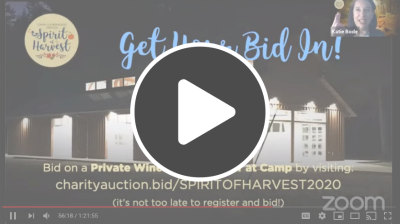 Transforming for the Future

In the past when in-person events ended after a few hours of fun and games so did the fundraising for that cycle. With virtual events, the doors never close. Typically the events are recorded and posted publicly for playback. In the same location is a quick access donation button for online giving.

It may take some time for events to come back to full occupancy and chances are it will be in step-up formation. Hybrid events will be the precursor and maybe permanent fixture to event fundraising. The newfound freedoms and unleashed creativity with the virtual activity will make it even more exciting.

2020 has given us the foundation and opportunity to evolve. The next iteration in this journey as we design will be “hybrid” events. A 2020 review and 2021 look forward with Patrick Siver & Anca Trifan Virtual Event video

Since our first virtual event we produced in March 2020, we have been brainstorming and developing the next evolution of fundraising events…and the concensus was a blend of the best elements of virtual and gathering. We created a model where the base is a virtual event and we would add a studio audience as society would allow. Well, May 19th this vision became a reality!

gEvents was engaged by the YWCA of Greater Portland to produce their first virtual fundraising event. Working together with YWCA staff, The AV Department, Auctria, Stoller Family Estate & Winery and colleague auctioneer JillMarie Wiles, we were able to hit it out of the park and exceed their goal by 35%!

Watch the live fundraising paddle raise starting at 22:40 mark and the live auction at 42:33 mark. 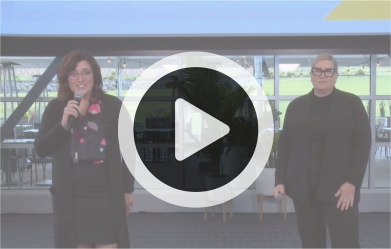 Special thanks to Patrick Siver of gEvents for sharing his experience. For his expert advice gEvents is available to help you and your organization capitalize on these new opportunities in the virtual fundraising world. Drop Patrick a line at patrick@geventsllc.com