The Games Auction for Extra Life is a gaming marathon and auction. This is a unique event and auction fundraiser founded by George Jaros of GJJ Games. George is a board game designer and blogger with a passion for philanthropy. By pairing these passions, George has single handedly raised over $15,000 for Children's Miracle Network Hospitals!

GJJ Games collects board game donations and auctions them off. The auction runs simultaneous to a 24-hour gaming event that is held at a local gaming store, There's Fun In Store in DeKalb, Illinois. The marathon is full of activities, incentives, raffles and of course gaming. The 2022 event can be viewed by clicking this link.

The growth of the event is attributed to George’s relentless efforts to maintain relationships throughout the year. It is all visible on the auction and event website.

The auction and gaming marathon grow each year, bringing more attention and more funds raised. Here are a few key accelerators to the success:

This event is a gaming marathon and auction and many game donations are made. Some directly from the local gaming community, some directly from game designers and publishers, and still others from retail establishments. Many of the items have 100% of their final bid amount go to support Children's Miracle Network Hospitals. Every penny of the final bid on those games goes directly to support sick kids! Some items on this site donated by the local community will have 50% or 20% donated to charity, depending on how much store credit the community member chooses to receive. There's Fun In Store generously offers donors an opportunity to earn some store credit so they can refill some of the empty space on their game shelves with new games.

Next to each auction item there is an image indicating how much goes back to the charity. In addition, the 100% Charity items are tagged and can be viewed separately.

Each item in the auction will be identified by one of these three logos, so you know just how much money each item is raising for charity! GJJ Games goes on to share the financial breakdown of the expenses he incurs in running the gaming marathon in the FAQ section on the website.

GJJ Games raises funds exclusively for The Children’s Miracle Network Hospitals. Here again it is very clear where the funds are going and breakdown of how each dollar is utilized.

Right on the auction page you will see text with links that look like this.

The money raised through Extra Life will go directly to Anne & Robert H. Lurie Children's Hospital as ‘unrestricted funds’. This means that the hospital decides where and how to spend the money to ensure the dollars you raise make the biggest impact in the lives of the kids they treat. CMN hospitals treat every patient that comes through their doors, regardless of the family's ability to pay. Their mission is to save and improve the lives of as many children as possible and the funds you raise make it possible for the hospitals to do that!

So, how much of the funds raised in this auction go to support sick kids? The answer is as much as possible!
Since 2015 we've raised over $15000 for sick kids!

Infographics are another way GJJ Games tell the philanthropy story. Here are some examples. “Why do we need your Support?” and “Impact Dollar” are prominently placed on the auction website. 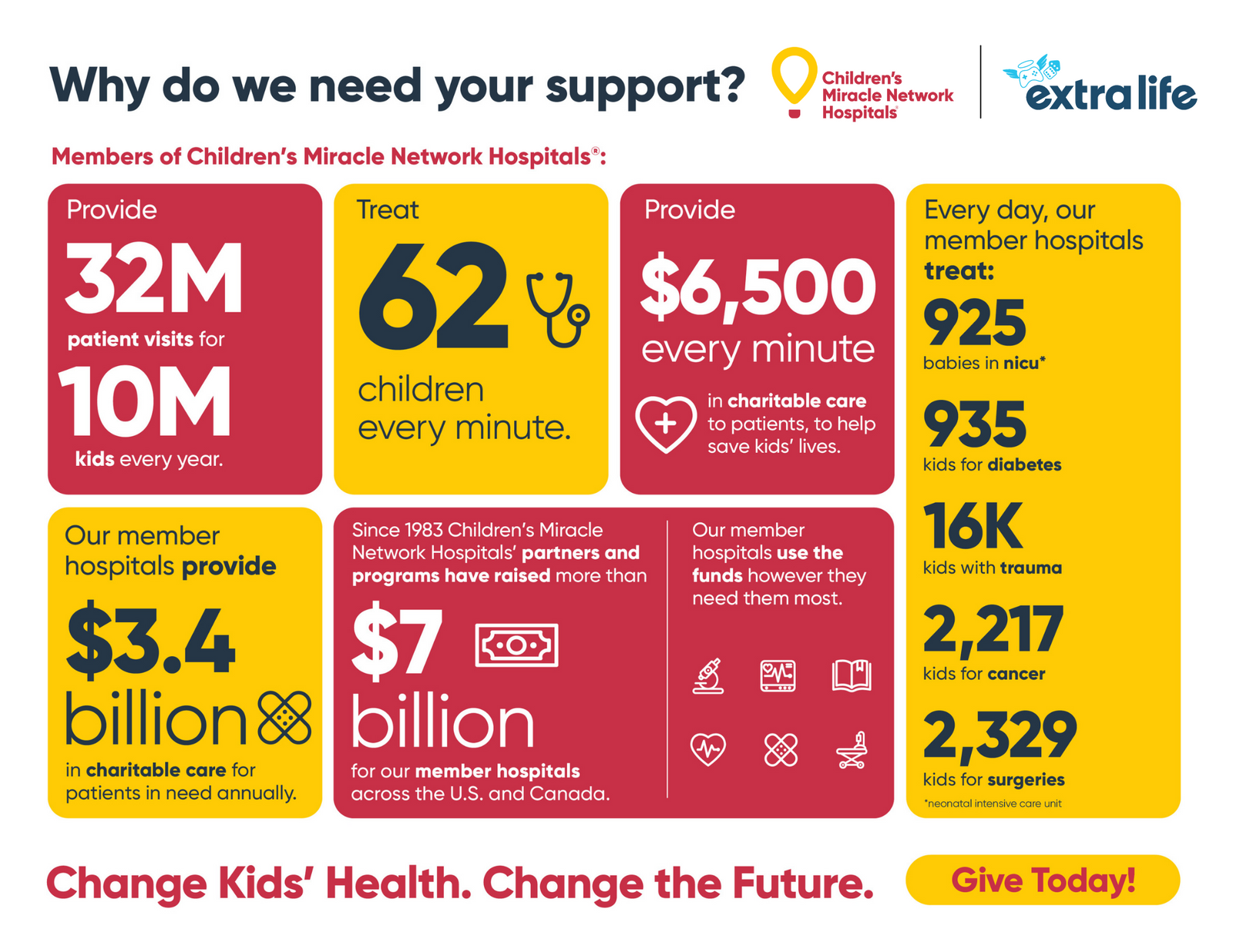 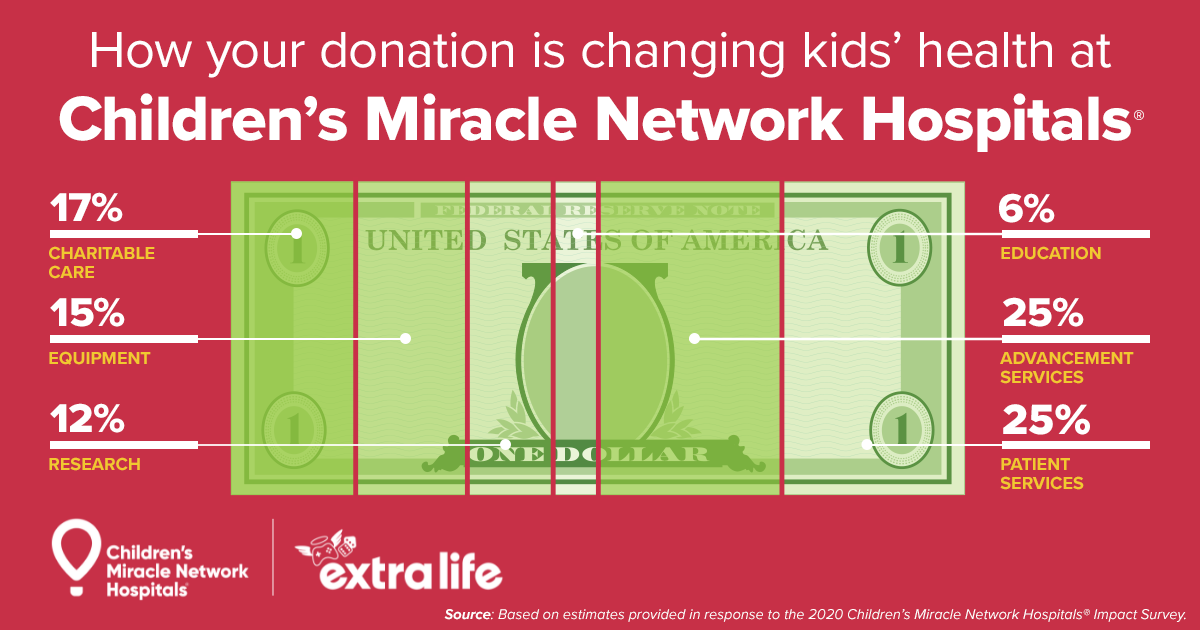 3. Promoting of the event

This event could not happen without the support of the gaming community. Sponsors and donors are sought and promoted on the event website. The gaming marathon event itself is promoted through word of mouth, social media and in-store promotions.

Throughout the year donation jars are placed near cash registers at the gaming store and a few other local retail locations. Passersby can drop loose change into the jars, and there is a sign stating that all cash is collected and donated to the Children's Miracle Network Hospitals. When George first placed these loose change jars they collected about $15-$20 a month. When implementing the transparency and infographics used on the auction and event website the income from the donation jars accelerated to an average of $60 per MONTH. So the income went from about $200 a year to over $700 a year! One small adjustment led to one big shift in donations.

George donates hundreds of hours of his time. In doing so he is able to secure an incredible amount of game donations. There is literally something for everyone. Board games, expansion packs, accessories, apparel, puzzles, toys, books, and ebooks are all available. His donation of time includes collecting donations, promoting and running the marathon, shipping and fulfilling the post-auction winning items, and more.

GJJGames is George J Jaros Games. George is a board game player and designer from DeKalb, Illinois. GJJ Games blog can be found at http://gjjgames.blogspot.com/